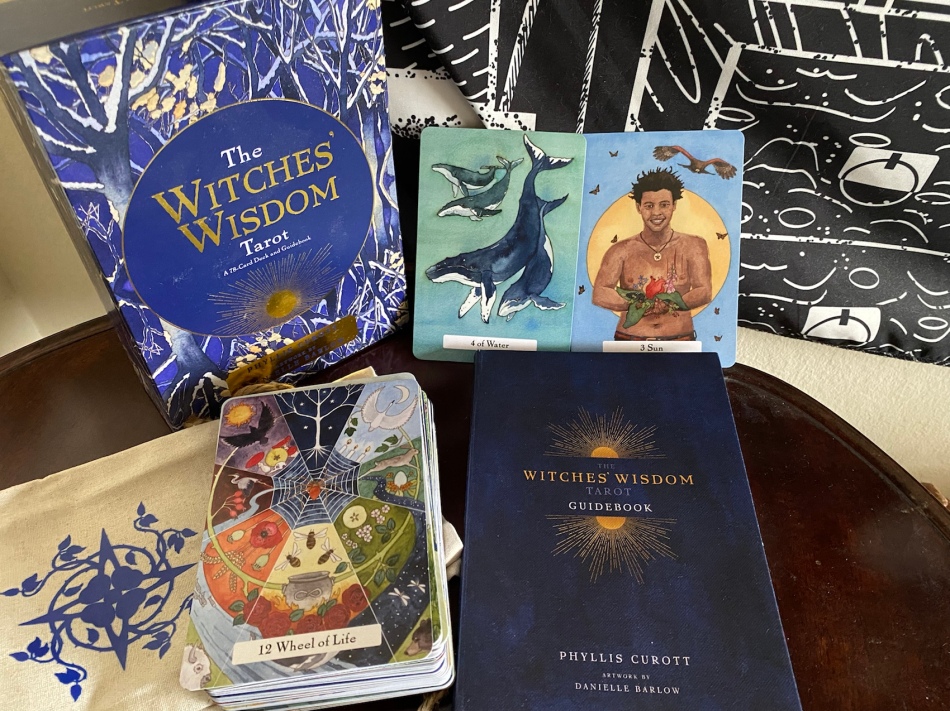 I’m taking this one literally – “your favorite tarot deck”. I don’t use tarot much yet have three decks. To pick my “favorite”, I’m also sharing why I got it — The Witches’ Wisdom tarot.

I was choosing between the Witches Wisdom and the Green Witch tarot as my non-traditional tarot learning deck. They are both beautifully done witchcraft based decks, integrating pagan beliefs with tarot symbolism and interpretation.

To me, Green Witch is visibly more home-based and suitable for the day-to-day. Witches’ Wisdom is much more mystical and inverts the fools journey entirely. Visually, Green Witch also mostly has that domestic theme, stationed in cottages and the countryside. It’s also more detailed and specific. Witches Wisdom travels between heaven and earth, across forests and lands, so is more similar to the far visions we wish to see beyond our physical surroundings.

For that reason, I was planning on the seemingly more grounded Green Witch, one I’ll have more visual cues to relay to tarot meanings with.

In the end, two things turned me to Witches’ Wisdom. One, the poetic watercolor artwork. Two, the desire to see the fools journey intentionally and holistically adopted to the witch’s worldview and spiritual view. The author does explain in the linen bound booklet how she and the artist shaped this concept.

While the deck is “inclusive” of not just gender and race but also age and form, I think it’s more “soul”-centered than inclusive. In this way, it comes across as more naturally inclusive than some other attempts I’m seeing in decks in general. It’s beautiful.