This book is written with 4 languages. Enjoy the book cover to take it in visually 🙂

It also shows the elements of the flags and symbols these languages originate from: the blue and red, circle and rectangle of Taiwanese and Japanese flags.

Credits to ACST Design for such beautiful cover design.

Growing up with mixed identity and multiple languages is not a new topic.

It is always intriguing, and more and more of us feel the same way. We could always use some more compassion from others, as well as some laughs.

Home of Raifuku is such a companion, although one that would be hard to translate into English.

On the same vein, I am also reading Speak Sunlight, a memoir of an American remembering his boyhood in an affluent Paris household and Spanish servants. 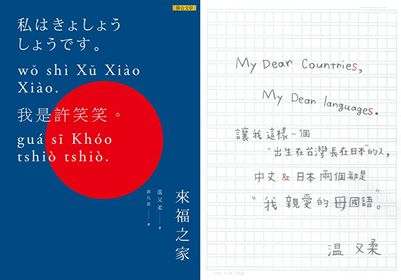